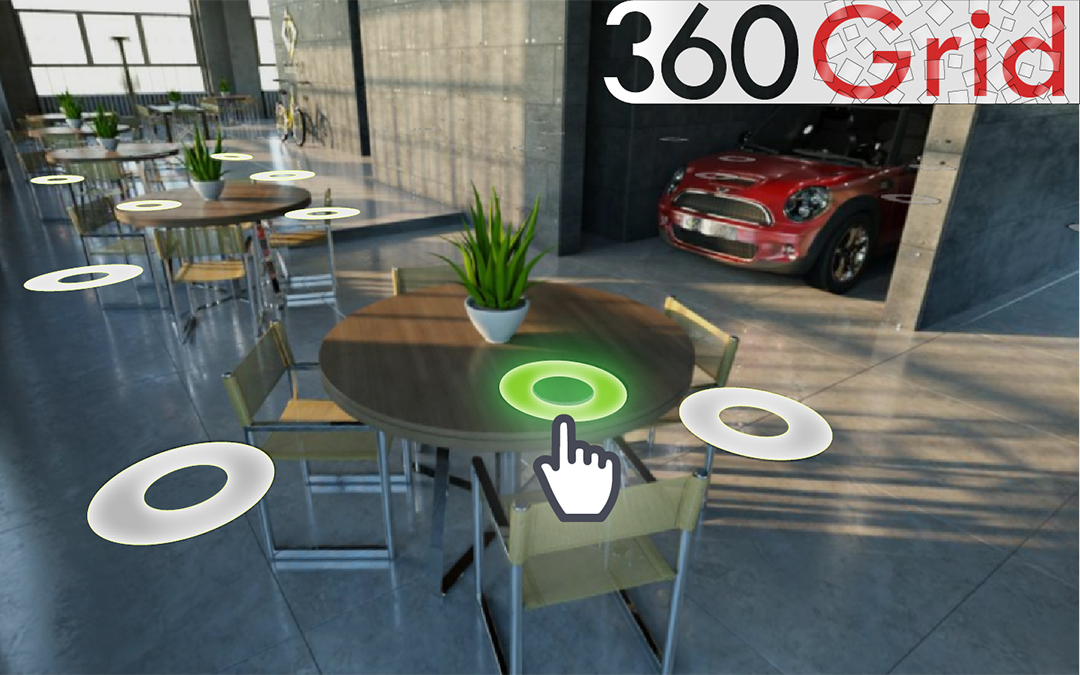 360 Grid Technology is a smart and simple way to show the most of the design with multiple 360 renders connected to each other which allows moving between them to insure full coverage for the whole design.

A 360/Panorama is an image rendered in a special way that makes it ready to be shared on Facebook, a webpage, a mobile, or a desktop viewer. It actually comes in normal picture formats such as JPG, PNG or BMB. 360 image can be opened with normal photo viewers however to see the real benefit of a 360 image, it should be opened with a 360 viewer. 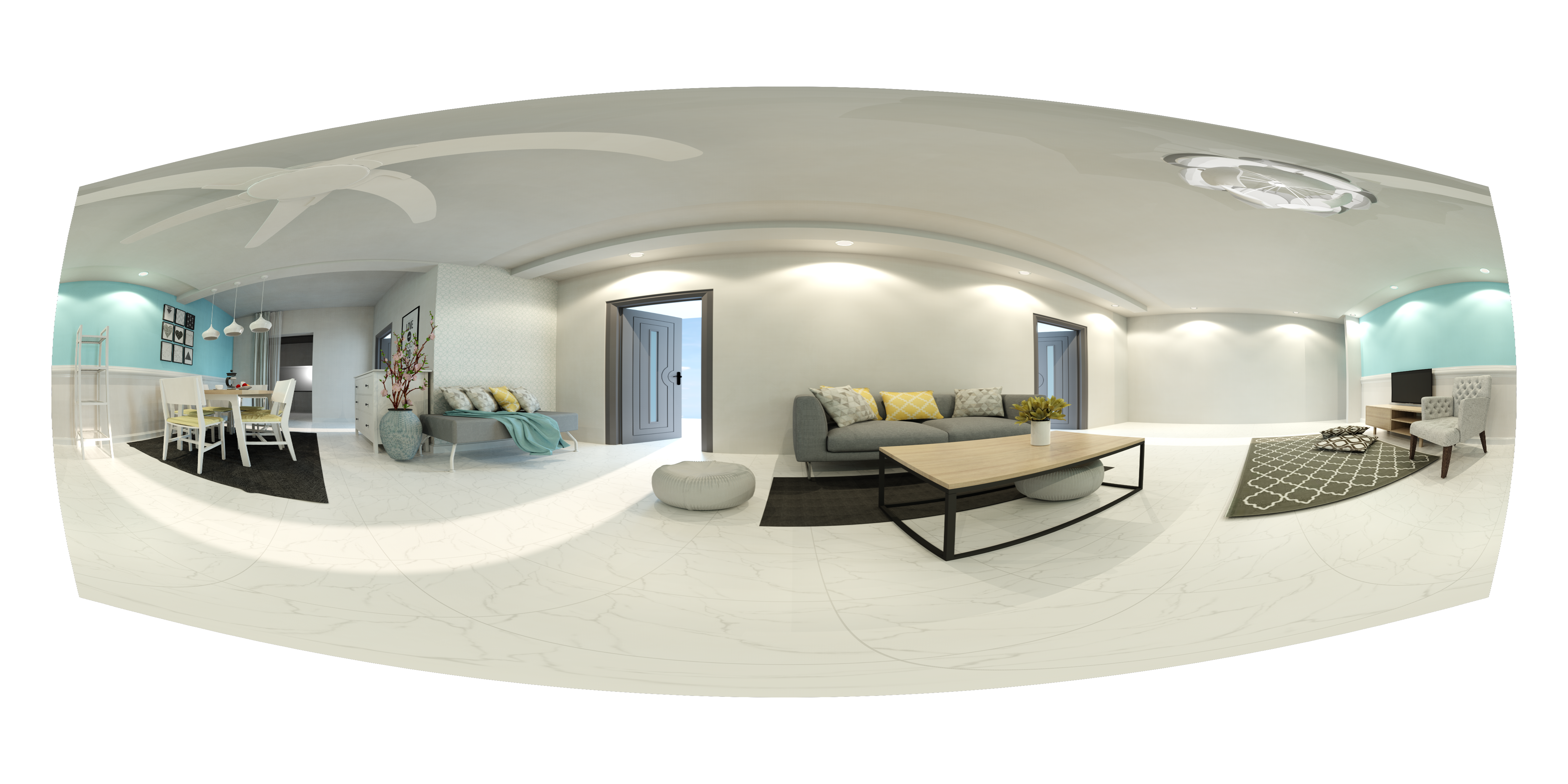 Using a 360 viewer where the magic happens. It gets the feeling of being located at the center of the image, with the ability to rotate head to get the view in all possible directions, sample 360 images can be found here. 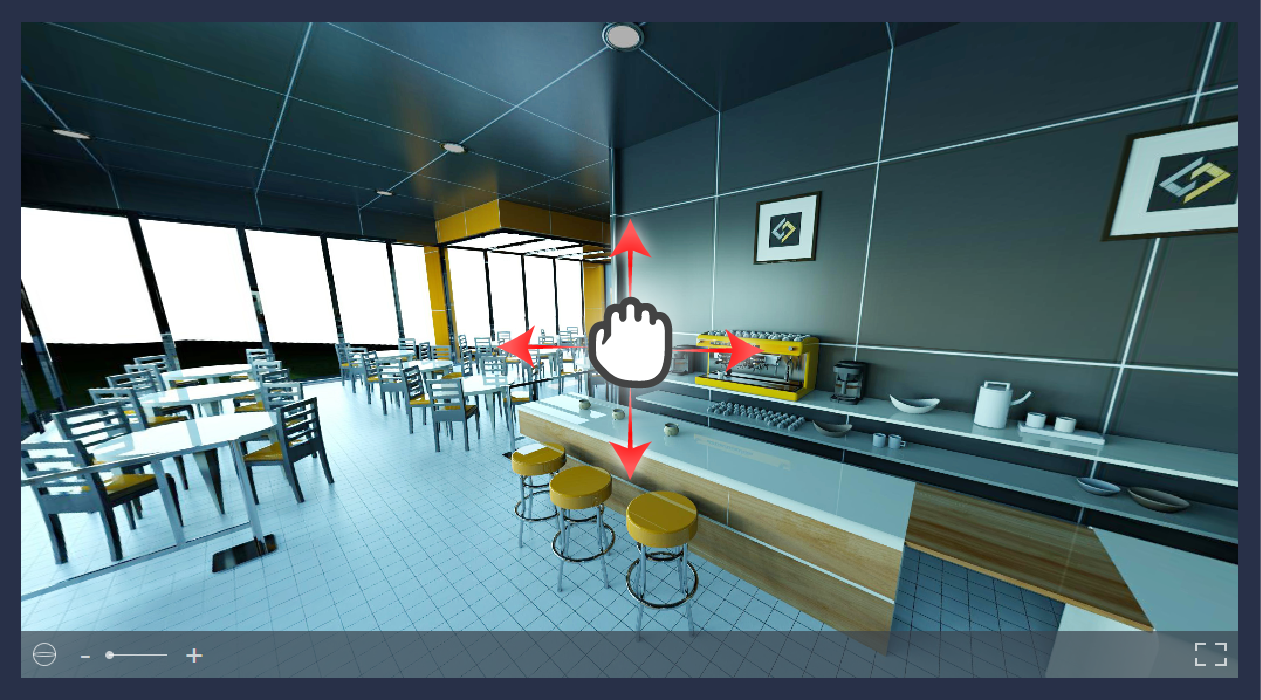 360 images are very handy, they make it possible to get great view of the scene in very high quality even on low end devices, however their is a problem! A 360 image does not allow you to move in the space, or to view the back of an object, you can only view the object from the perspective or the used camera. so you can pan around but you cant move around.

360 Grid Technology from SimLab removes this limitation, it makes it possible to easily generate and render a set of multiple 360 cameras, to allows the user to move in the scene and to view objects from different sides. 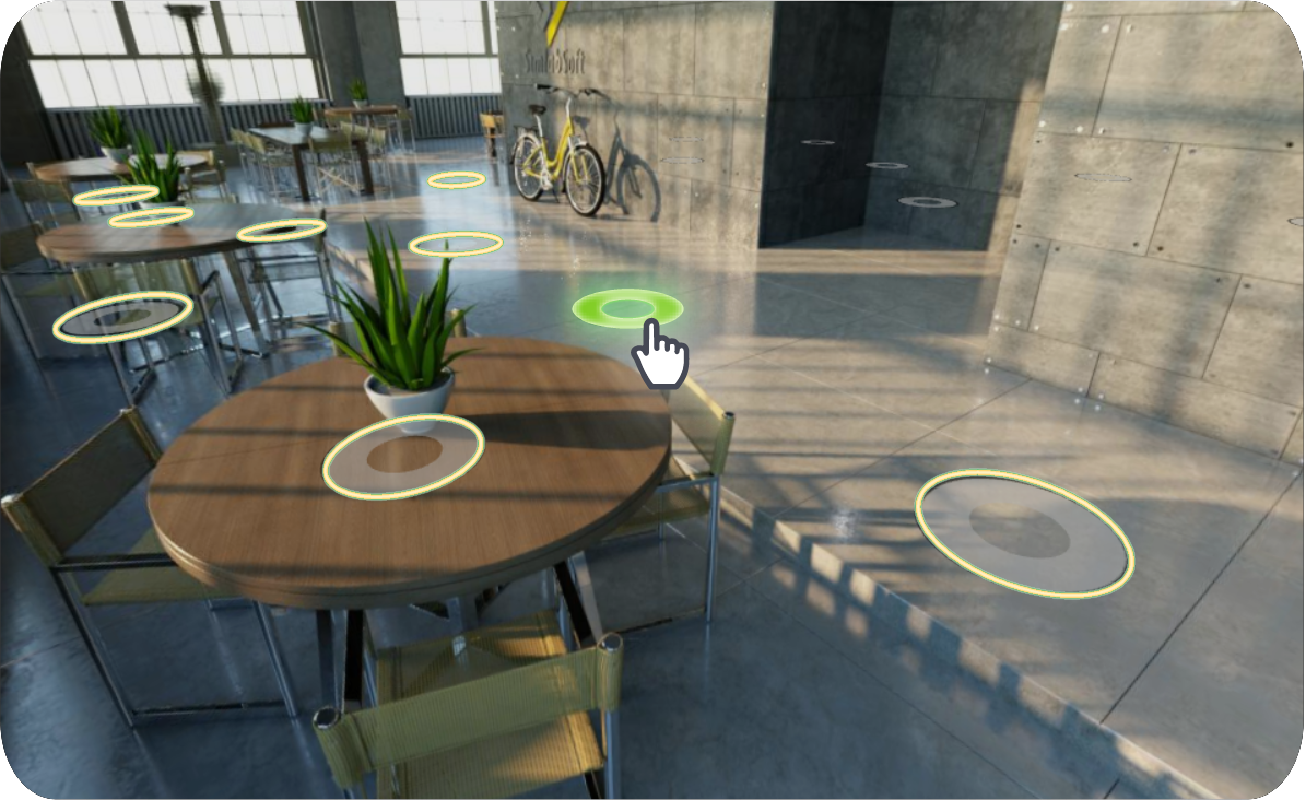